I was about 7 months pregnant with my first baby when I started to seriously think about the fact that I had to get this baby out of me.  Of course, this baby had to come out at some point.  But the idea of going into labor was terrifying.  No one could tell me how my labor would be. No idea how long it would be.  When it would start. How much would it hurt. Would there be back labor? The realization that so many things were out of my control was too much.  So instead of dwelling on this things I couldn’t control, I decided to focus on the things I could. 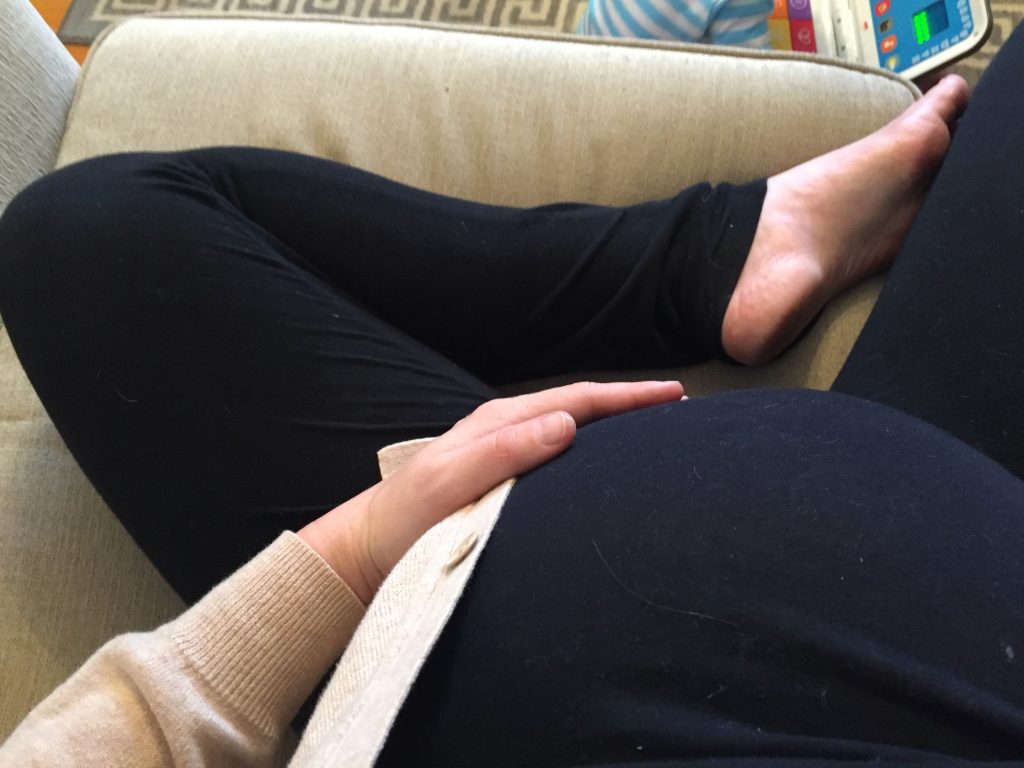 1. Take a Birth Class // I signed Matt and me up for a 6 week natural childbirth class early on in my pregnancy.  I had been reading random blogs about labor, but I am certain Matt had done zero research on childbirth.  So by going to a weekly class together, we both were on the same page.  We had an arsenal of copping mechanisms to try.  We got to practice the labor management moves out (which felt sort of dumb but in hindsight, it was nice to have the practice).  The hardest part of the class was watching the video of a woman giving birth.  I had never seen someone give birth before. I don’t think I could ever be emotionally prepared to see an actual birth either. It shook me.  As Matt and I drove home that night, I cried. It was probably the closest feeling I’ve had to a panic attack.  But since Matt had seen the video too, he understood why I was so shook up. Anyway, after seeing that video, it was a big part of why I became so focused on controlling the remaining pieces of my upcoming labor that I could.

2. Get your nails done // I had no idea how disheveled I’d look after having a baby. But I knew that my nails would look good holding my brand new baby. Plus, getting a manicure and pedicure is wonderfully relaxing.  After carrying a baby in your belly for 9 months, there’s no question you deserve a mani and pedi. 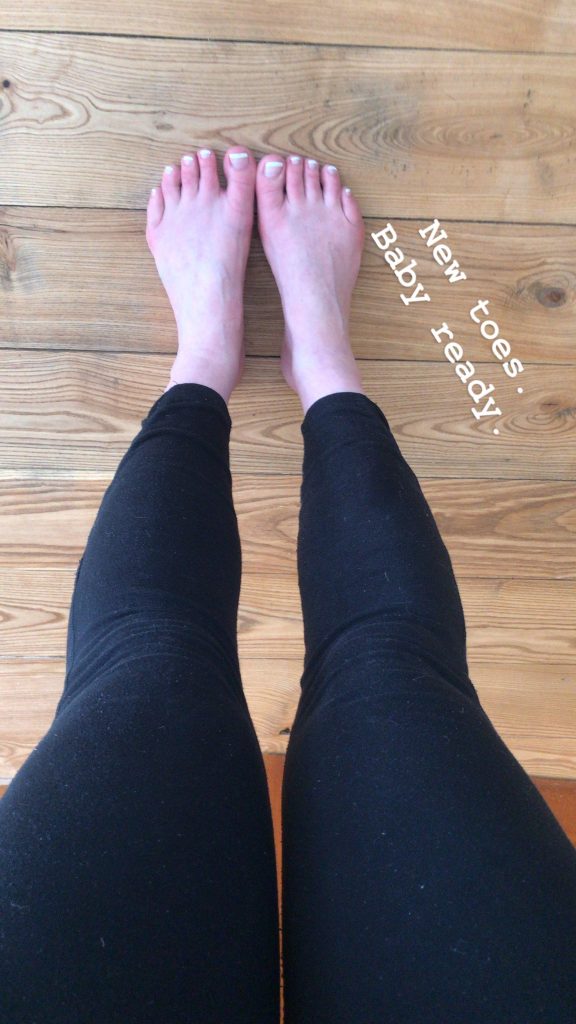 3. Buy labor clothes // Guys, I took such care in figuring out what I was going to wear while I was in labor, you’d like I was picking out an outfit for the Oscars.  I spent an embarrassing amount of time online shopping for labor clothes. After hours and hours of window shopping, I ended up buying a floral robe off Etsy.  I bought a bunch of new underwear so when I finally did go into labor, I had a fresh pair of undies (even though I knew the joys of labor would destroy them). It was nice to have brand new clothes to wear and to not have the whole “what should I wear” debate in your own head. 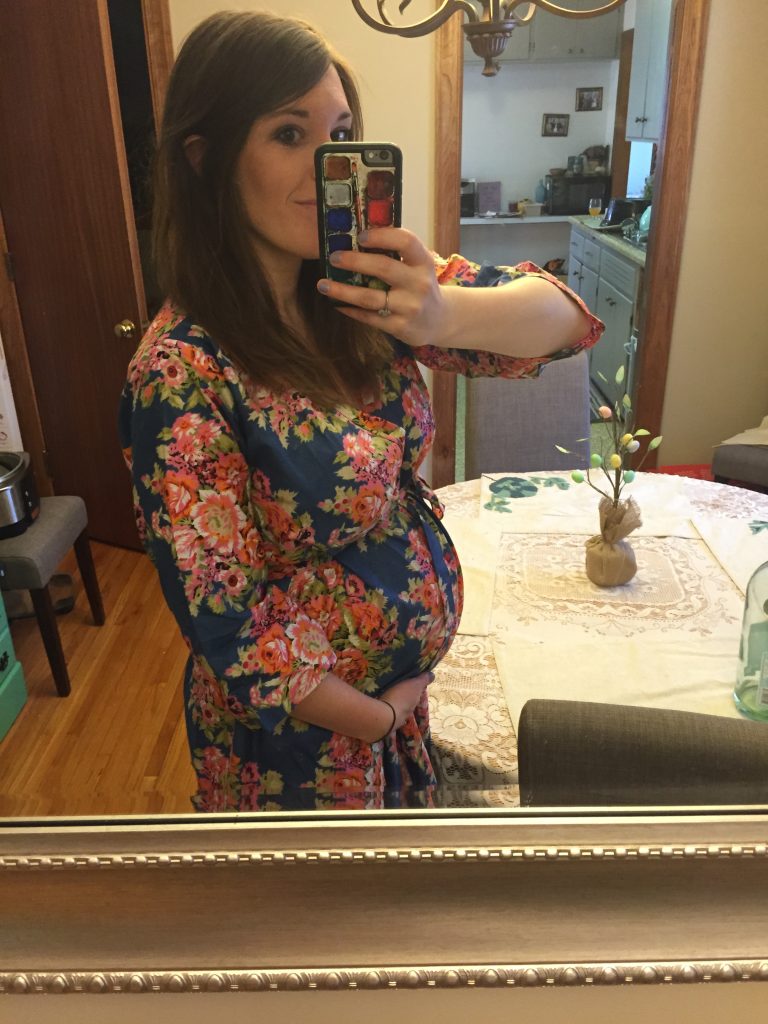 4. Get waxed // This may not be for everyone but…there is no question that there are going to be a lot of eyes down there when you have a baby.  I am 100% certain that the midwives/doctors and nurses have seen it all so if you did nothing, it’s fine. But I didn’t get waxed for anyone but me.  I wanted it to be all neat down there.  I knew that the weeks following the baby would include quite a bit of care of my lower parts–using a peri bottle, spitz baths, witch hazel sprays. You have to take care of your vagina on top of your baby.  Being waxed before the baby arrived made me feel like I was already take a step towards my own personal care.

And after all of this, I did feel a bit better about feeling out of control.  If you are pregnancy or know someone who is, I highly recommend you knock at least a couple of these things off your to-do list before the baby arrives.  Because when you really think about it, the to-do list before the baby arrives is just too baby-focused. Sure, the baby in your belly needs a lot of attention, but that momma building the baby is equally as important.  And I know this list is basically just a pamper/spa day.  But there should be no shame in wanting to take care of yourself and feeling your best when the baby does arrive.  You are about to go through a challenge.  Even the “easiest” labor is still tough and can leave you wiped. So grab yourself a pedicure as you prepare for the big day.