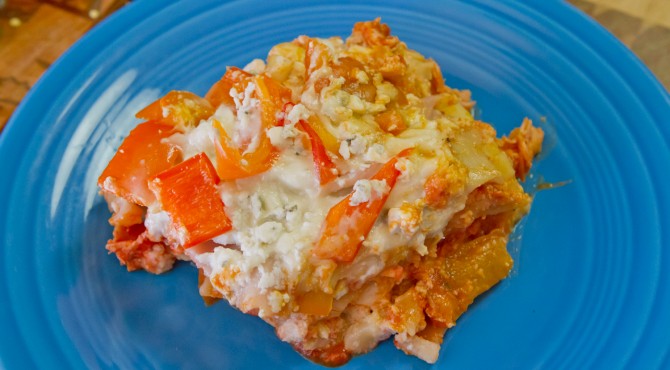 Do not let the slow cooker part confuse you.  This recipe is not a quick toss everything into the slow cooker and enjoy sort of recipe.  It’s a bit more labor intensive but oh so worth it!

Now that I have been cooking regularly for several months, I have been trying to modify and create my own recipes.  Many Italian recipes I have been finding online requires a jar of spaghetti sauce.  That is the first thing I eliminate from every recipe I try.  Instead, I substitute a can of tomato sauce.

I do this for two reasons.  First, with tomato sauce, I can control the level of salt and spices.  Spaghetti sauce generally is full of salt.  I can just add a pinch of salt instead of being subjected to the already mixed salty sauce.  Plus, my herb garden allows me to add fresh spices instead of the dried ones.  Second, a can of tomato sauce is far cheaper.  So with health and my wallet on my side, I haven’t missed the jar of spaghetti sauce in my recipes. 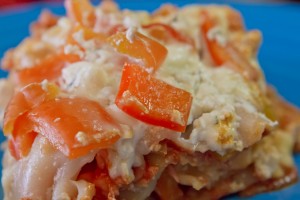 True to form, I have modified this recipe slightly.  Subbing out the spaghetti sauce and modifying some ingredients and prep.  This recipe was a huge hit.  It allowed us to enjoy the delicious taste of wings without the deep fried fat.

This weekend my in-laws came to visit.  It’s a 6 hour drive from their place to ours so they usually do not get in until around 9 or 10.  The visit always starts out with my father-in-law suggesting we get pizza.  But because it’s around 9, all the places around us only do delivery and Matt and him debate whether delivery will take too long.  And after discussing it for 20 minutes, a delivered pizza would likely already be on its way.  So this time I decided to skip the whole first act and make something.  This pizza bake was a huge hit.  My father-in-law got his pizza fix, and Matt got his bake fix. 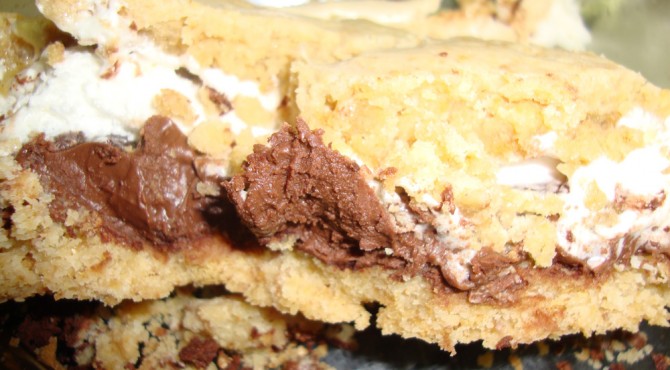 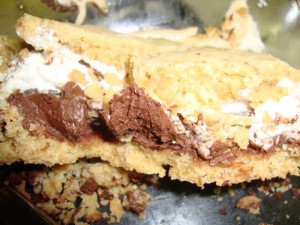 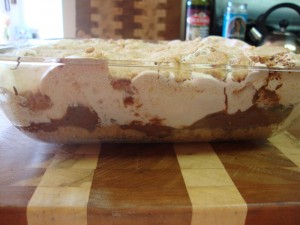