We made a baby boy. 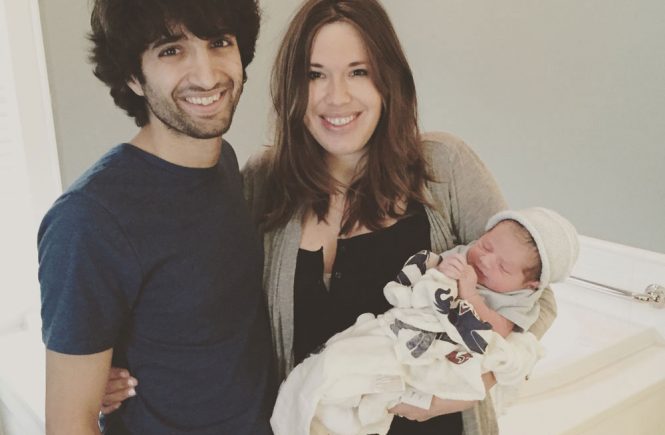 And I am completely obsessed with him.

In late 2014, we got a huge surprise–I was pregnant.  We weren’t exactly trying to get pregnant, but we also weren’t trying not to, just playing our own version of Russian roulette which turned out to be successful a bit faster than we anticipated.  Of course, Matt was over the moon.  He had wanted to be a baby daddy since forever and the news that it finally was a reality was the perfect news.  I was a little scared of the unknown but excited to have a baby to kiss and cuddle with.

Lucky for me, I had a generally easy pregnancy.  I slowly got fatter and fatter around my belly, but no morning sickness, no food aversion, no cravings.  Instead, my feet swelled.  By 7 months, my shoes no longer could fit and when I wore high-heels for work, I looked like Miss Piggie.  Nothing like fat feet to make your whole body look unbelievably more large and prego.  Even though my swollen feet looked painful, typically they weren’t too uncomfortable, beyond feeling tight. Plus, Matt massaged them every night 😉

We decided not to find out the sex of the baby until Toastie (our womb name for JR) was born.  For us, it was a no brainer.  The sex of your baby is one of the most genuine surprises in your life, and we didn’t want to ruin the surprise until Toastie was ready to fall out.  The anticipation of finding out what Toastie was wasn’t too difficult….until Toastie decided to be late.  12 days late (with labor starting at 11 days late). Those days were easily the hardest part of my pregnancy.

The due date was July 12th.  Sure, it is common knowledge that calculating due dates is not an exact science.  And I am certain I said that catch phrase over and over again once the calendar said July 1st (mostly to my boss, who was starting to come to terms with the reality that I would be out of the office for two months).  Still, when July 12th came and went, we were disappointed.  Every day after July 12th, I would wake up a bit disheartened that I was getting ready for work instead of getting ready for labor.  (for some reason, I was convinced that I would go into labor in the middle of the night–I didn’t).

We tried everything to induce labor. Sex, walking, running, spicy food, acupuncture (three times).  Nothing worked (we didn’t try the castor oil–I just couldn’t bring myself to risk it).  Every day I would run 2 miles.  But this baby was stubborn. He had his own agenda.  But then it was Thursday, July 23rd.

I woke up on Thursday, July 23, 2015 at 6:00 a.m. and it felt like I had peed myself.  I was quite certain it was my water breaking, but the entire area wasn’t saturated, so I started to doubt myself and wondered if maybe I just sweated an ungodly amount over the night (pregnancy can be gross).

Sure, this baby was already 11 days past the due date.  But after 11 days, and thinking everything was “a sign that labor was around the corner” and then feeling disappointed when I was still pregnant, I was starting to feel like I was going to die pregnant. Plus, weren’t contractions suppose to come with my water breaking? I felt just like I had every other day of pregnancy—completely fine. I needed a second opinion.

I woke Matt up and told him what happened.  He smiled, “we are going to have a baby today!” And he was right (ok, well he was born on the 24th but close enough).  After only 5 and half hours of labor,  I caught my baby as he floated up from the water towards me like a torpedo.  We are so blessed.  I had the birthing experience I wanted–a non-medicated, water birth–and a beautiful, healthy baby boy.

Since we gave birth at a birth center, we were discharged 5 hours after JR was born.  I know, this sounds shocking to most people (and even I was hesitant about it) but it was natural and organic. 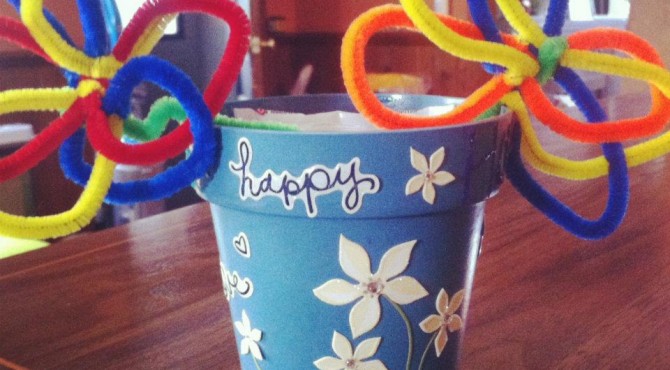 Get on your running shoes–It’s May Day!