Last weekend was my sister-in-law’s wedding.  I first met Matt’s sister Nicole when she was a high schooler.  She was this perky, outgoing girl who immediately made you feel at ease. It was as if you had known her your whole life.  Because that is quintessentially Nicole.  She lives her life with her heart on her sleeve. Sharing intimate stories.  Gushing love.  Always being completely honest.  So if something is on her mind, she’ll let you know.  She’s always all in or all out.  It’s something I’ve always admired about her. 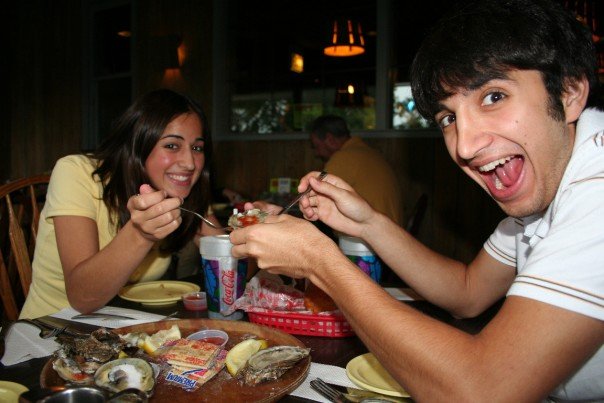 Matt and I were in the wedding party so we got to walk down the aisle together, which was pretty fun.  The two of us hadn’t been in a wedding party together since our own wedding.  Not having to worry about anything except being where we are suppose to was a great change in pace.  Our little boys were in the wedding too.  They wore little dress pants with suspenders and bow ties. And they were too adorable. Despite complete breakdowns and tantrums at the rehearsal dinner, both boys walked perfectly down the aisle and were quiet the entire wedding ceremony (and we are Catholic so we are talking an hour and a half mass).  After the mass, the boys went off with my parents while Matt and I jumped on the party bus for photos. 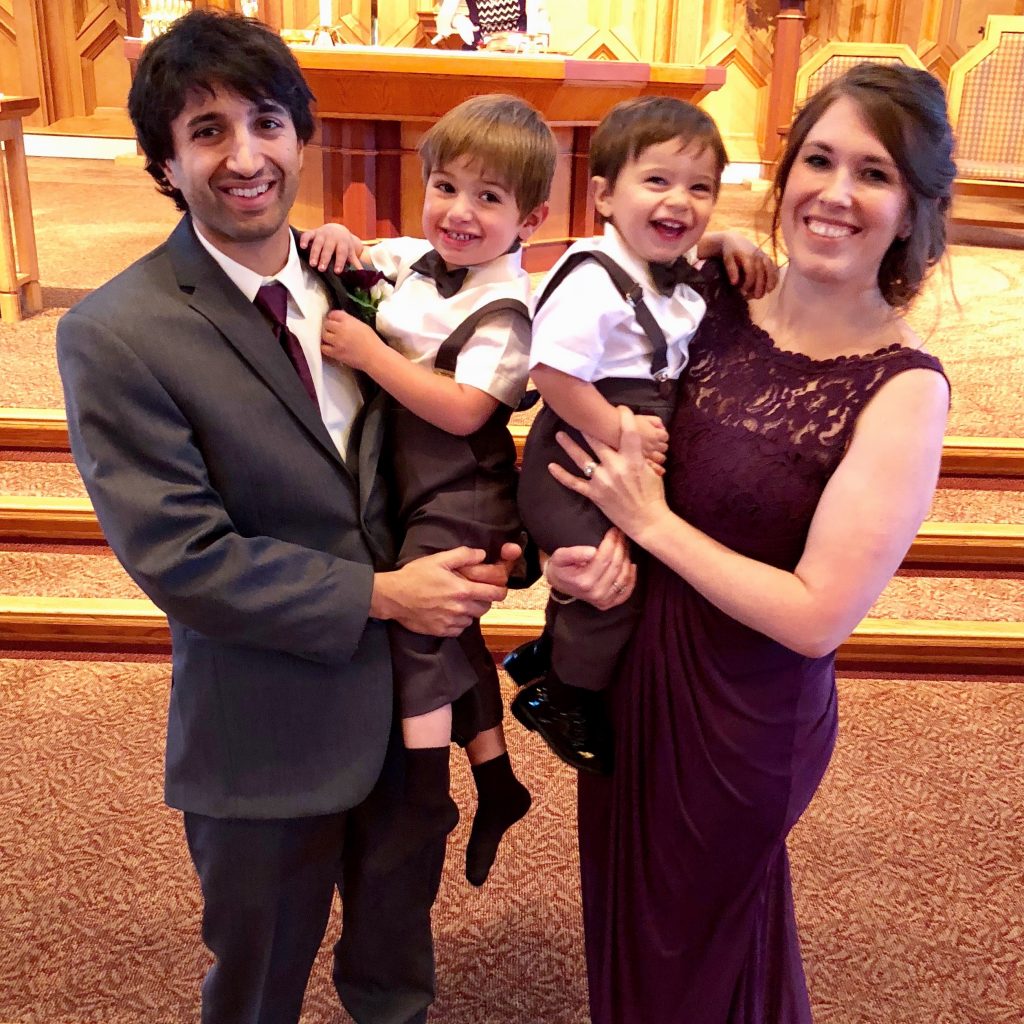 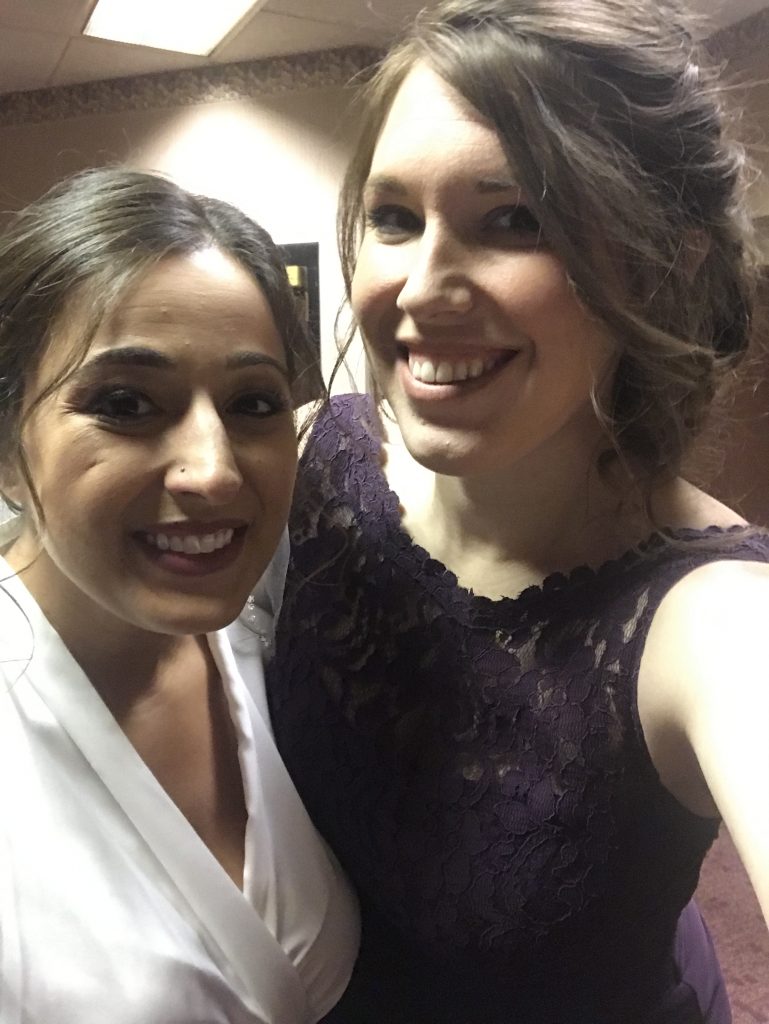 Of course, the wedding was a full on traditional Italian wedding.  Guests were greeted at the reception by a table of shots.  Each guest is to take a shots to toast the new couple for good luck.  Traditionally, those shots are taken with the bridal party, but I have no idea how those Italians do that and don’t get completely bombed.  Here, there were bartenders that just handed them out so we didn’t have to worry about spending the entire reception slurring our words (because I swear, I smell liquor and suddenly I am completely incapable of articulating a clear sentence).  Our meal included antipasto, a pasta plate followed by a meat plate.  The late night snack was a nacho bar (oh man, for Matt’s and my second wedding, we are totally stealing this).  The dessert table was full of almond cookies, biscottis, and canolis. Yeah, in case it isn’t obvious, food is an important piece of the celebration.

And a panzanella salad is one of my favorite Italian salads.  It is one of the few salads that Matt loves because a good quarter of the salad is garlic, butter toasted bread.  He calls it “the bread salad” and its one of the few salads where Matt gets seconds.  The combination of the toasted bread with cucumbers and tomatoes tastes like summer.  It’s a quick and easy recipe with just simple, real ingredients.  Real Italian cooking at its finest. So for your next celebration, if you want to toss in a little Italian tradition, try adding this bread salad. 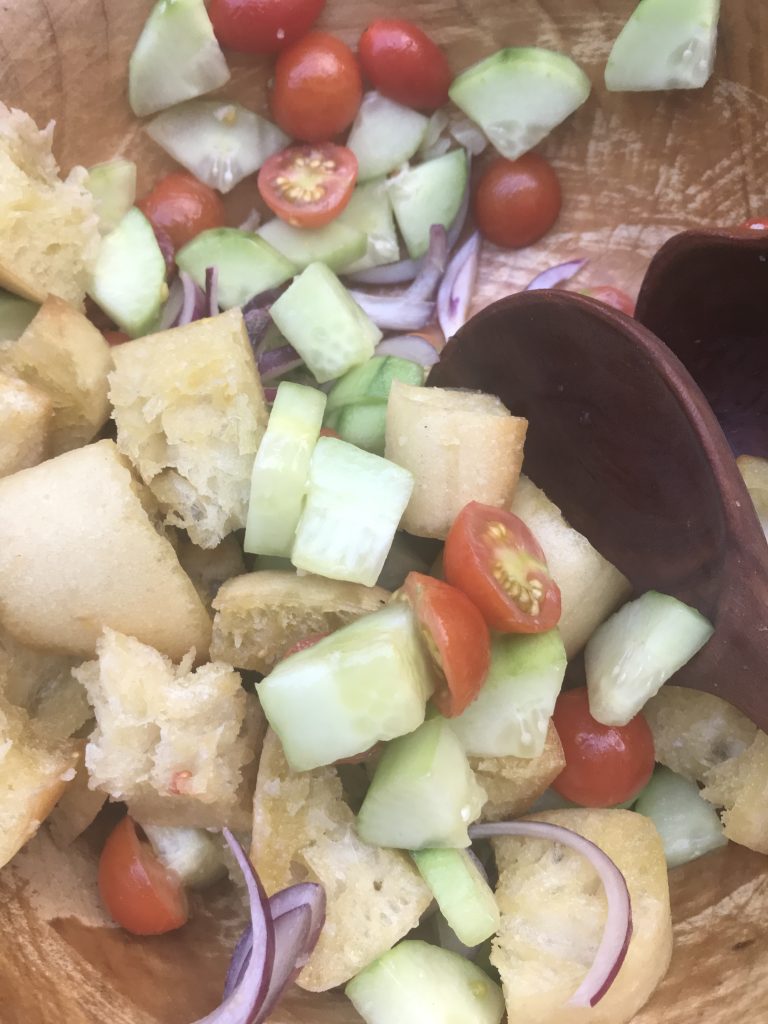 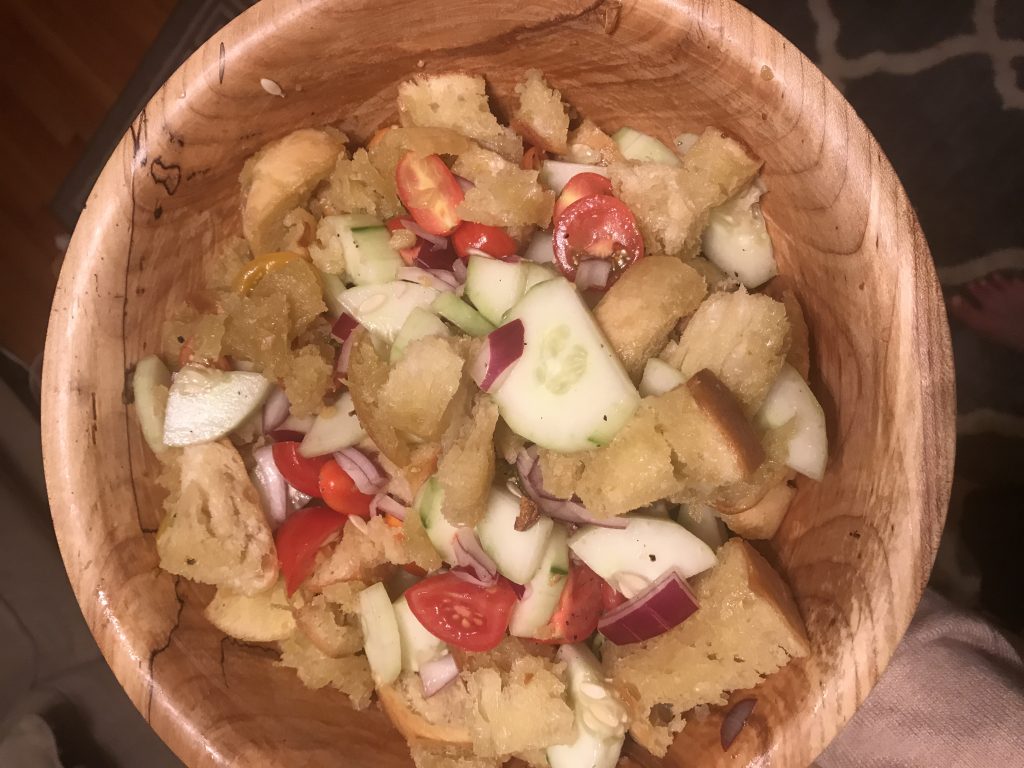 1. Preheat your oven at 350.  In a cast iron skillet on your stove, over medium heat, combine the 1/2 cup of olive oil and butter and heat until butter is melted.  Add in the garlic and cook into fragrant.  Add in the bread and mix until the bread is well-coated.  Place skillet into the oven for 10-15 minutes, once the bread is toasted but not burned or too dark.  The bread should be light to medium dark.  Some pieces may be more toasted than others and that’s ok. 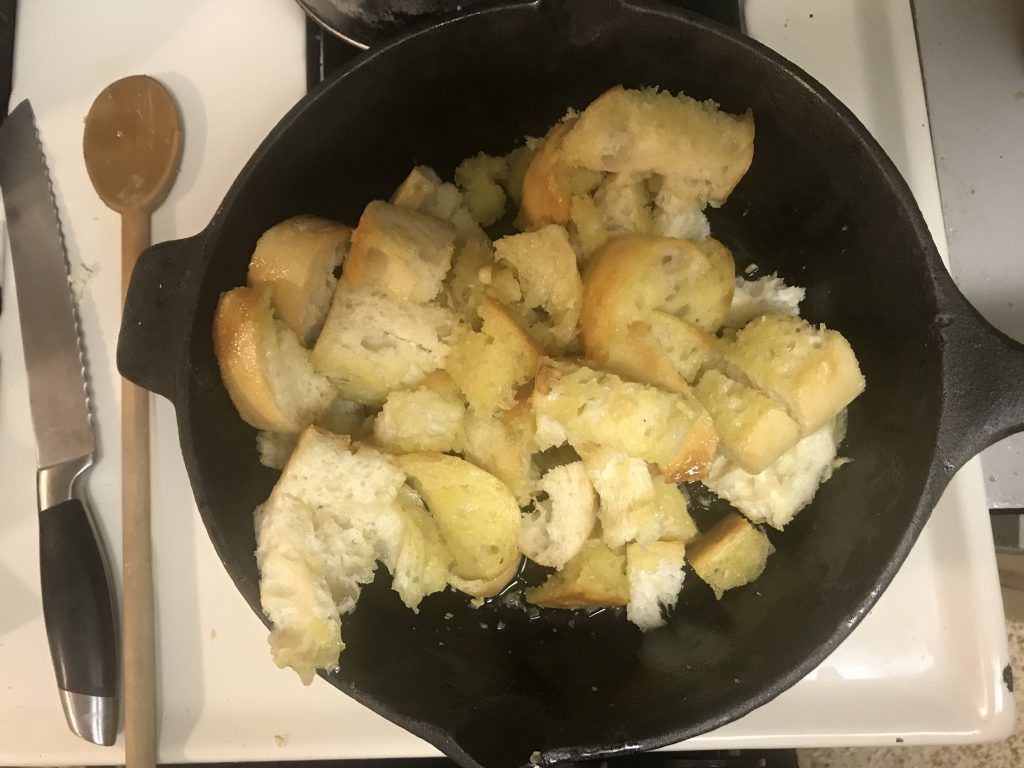 2. While bread is cooking, combine tomatoes, cucumbers, onion, and basil into a big bowl.  Toss in the red wine vinegar, olive oil, and salt and pepper and stir until the dressing is well-mixed.  Once bread is cooked, combine the bread into the vegetable mixture and toss.  Serve within the next half hour, as the salad tends to get soggy if it sits for too long (as it’s best when the bread is still a bit warm).  Enjoy! 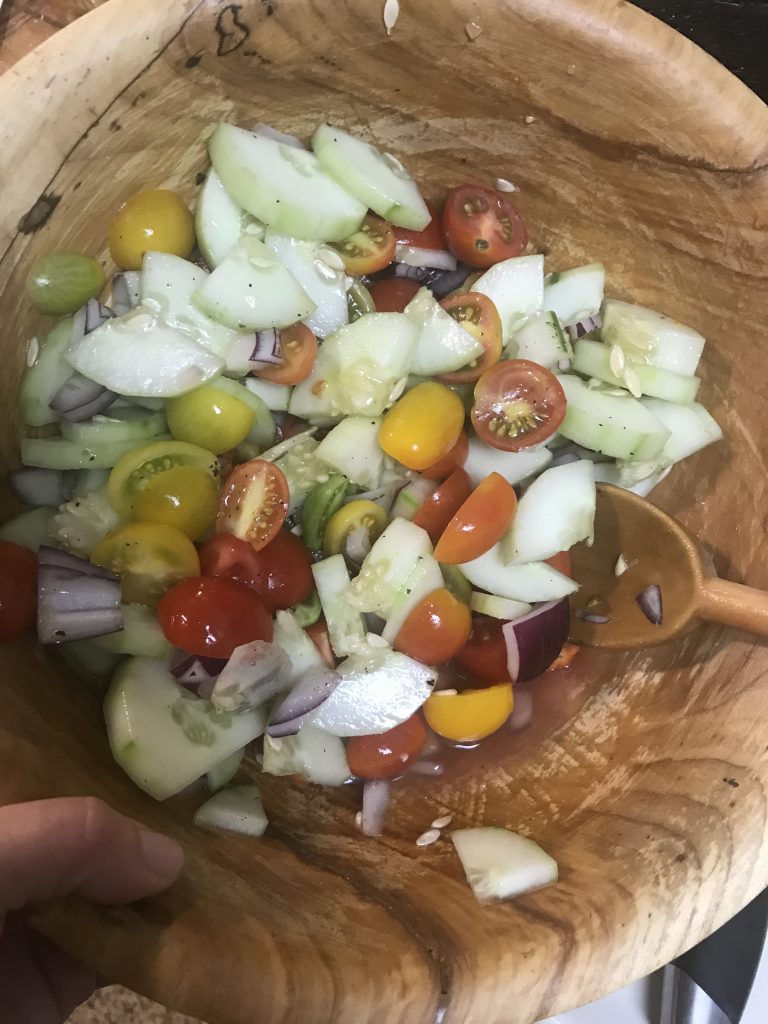 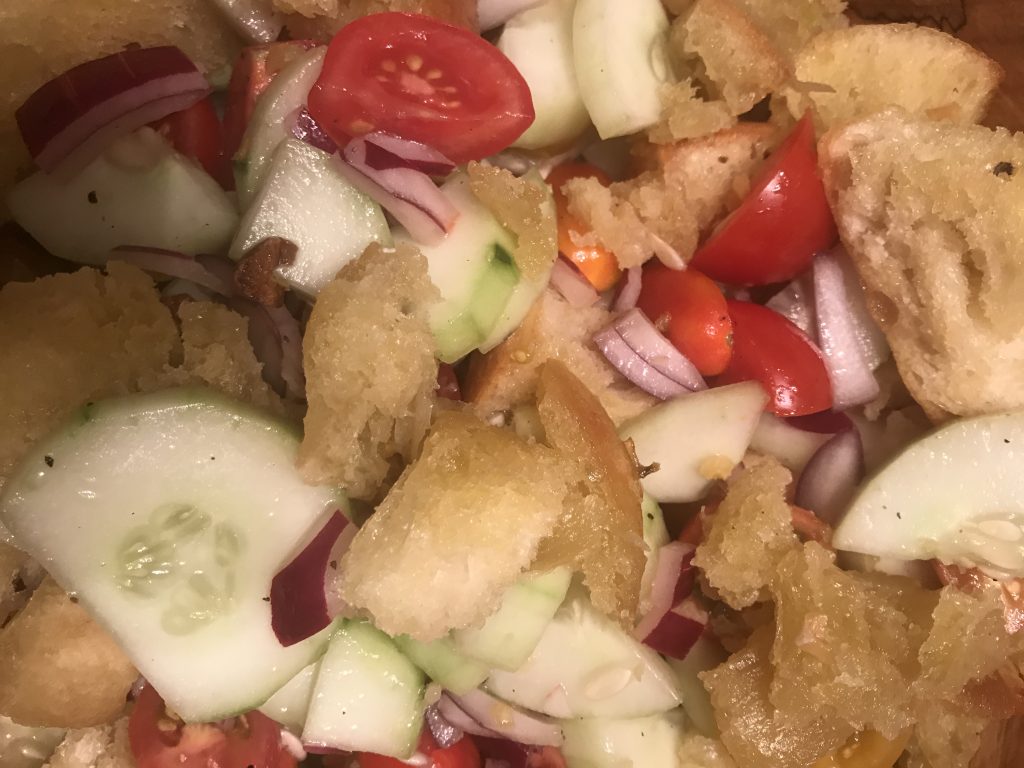 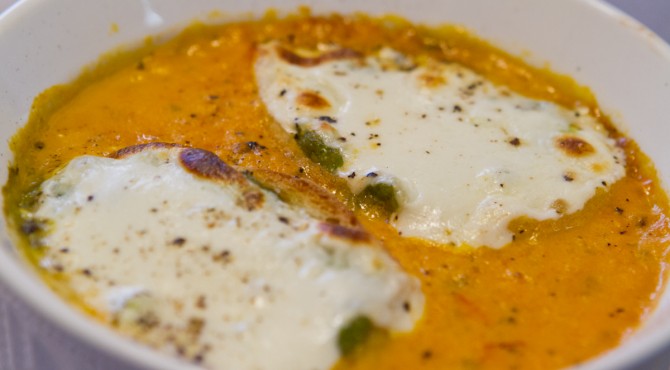 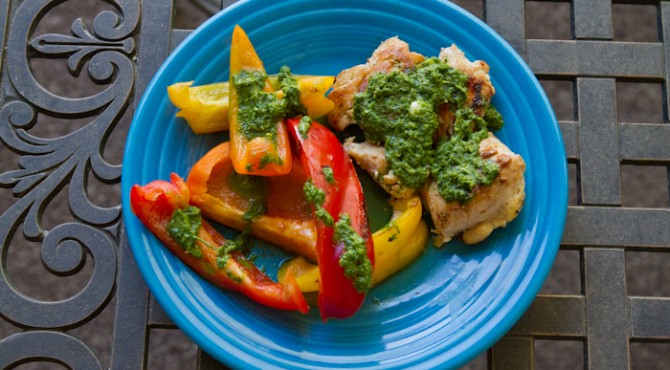